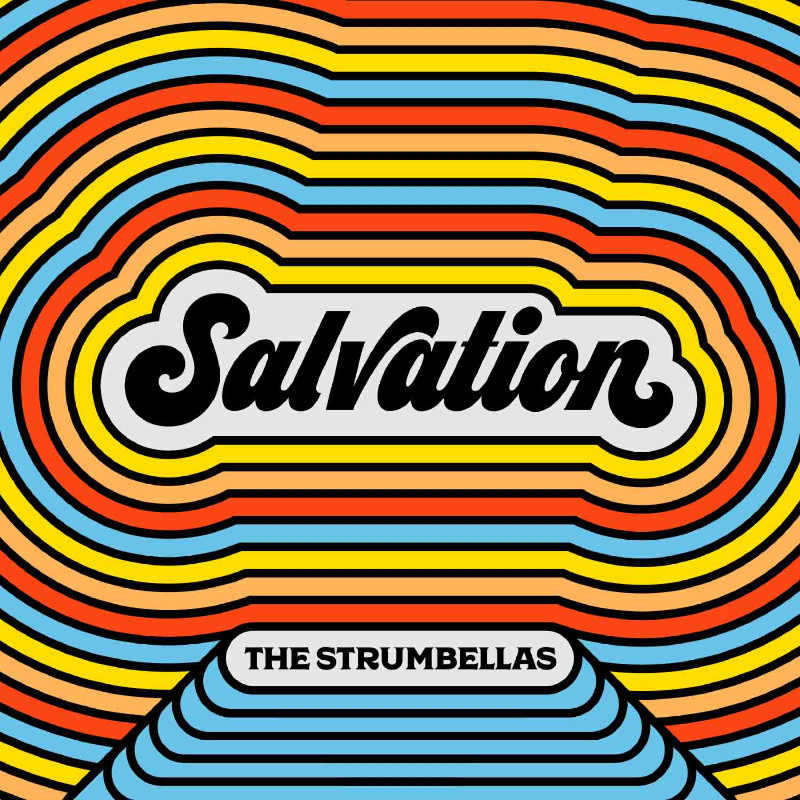 The Strumbellas know how to plot a long game. The six-piece collective may have rocketed to mainstream success two years ago with their breakthrough hit “Spirits,” but have always been thinking one step ahead. For their new single “Salvation,” out November 30, the group looked back to ideas that were hatched around the time of its eponymous debut EP in 2009, parsing through voice notes that predated the first album.

“It's like a jigsaw puzzle,” explains Simon Ward, The Strumbellas’ vocalist, acoustic guitarist and main songwriter. “I find pieces that feel like they could fit together, then I change the tempo and melody until it sparks. I say alright! This is what I've got! Then it gets pushed forward and everyone gets in and adds their parts.”

For the group, which also consists of David Ritter (keys), Jeremy Drury (percussion), Isabel Ritchie (strings), Jon Hembrey (guitar) and Darryl James (bass), “Salvation” marks a stylistic turn from their melancholy, introspective releases. Over a punching backbeat, Ward sings optimistically of life and the good that it can bring: “I like to dance under streetlamps and walk upon the clouds/I like to shout from the rooftops and surf on top of the crowd/For many years, many years I was scared of the person I was/And I’m not perfect, they say, but I know that I was born to be loved.”

“A lot of our music is known for being dark,” says Ritter. “I like that people can turn to our music in dark times, but we were interested in seeing whether we could make something a little more hopeful and positive. I think the song has a more positive feel than our previous stuff.”

“Salvation,” produced by Tim Pagnotta (Neon Trees, Walk the Moon), is a decidedly notable pivot towards pop for The Strumbellas, which describes itself as a primarily “country, folky band.” But they also explain that they’re “pop music junkies,” and that their catalog has been edging towards an increasingly accessible sound from the start. “Our whole dream has been to make cool, small-town Canadian music with just a fun, poppy feeling,” says Ward. “Every record we do, we get closer to that. ‘Salvation’ is exactly what we wanted to do, what we were hoping to get out of this song and record: fun, poppy songs that are sad and weird.”

The band, which is currently in the studio working on its fourth album, is riding high on the success of its last project Hope, which released in 2016 via Glassnote Music (world ex-Canada) / Six Shooter Records (Canada). “Spirits” became a runaway hit for The Strumbellas, hitting No. 1 on the Billboard Alternative Songs chart and cracking the international market in countries including Germany, Italy and France. They spent the past few years on the road, touching down at festivals including Lollapalooza and Austin City Limits. In 2017, they won the iHeartRadio Music award for Best New Alternative Rock Artist of the Year, and collected the JUNO Award for Single of the Year ahead of Drake, The Weeknd and Shawn Mendes.

For The Strumbellas, though, accolades are secondary to connecting with their fans, and making sure their music is received the way that they intended. “If we can add a little of color to somebody's day, that's the ball game for me,” says Ritter. “Everything we put out is genuine,” adds Ward. “I want 10 million people to sing these songs in my lifetime and I can be there to sing it with them in the crowd, on the same level. I just want everyone to believe in it and love it and be part of the journey.